Warning: preg_replace(): The /e modifier is no longer supported, use preg_replace_callback instead in /var/www/wp-content/plugins/fanciest-author-box/includes/ts-fab-construct-tabs.php on line 94


During many of the presentations I give around North America, I often share research data from the Panel Philanthropy Study regarding the number of charities supported annually and year after year by households in the United States.

Among the many key points of the research study are two sets of data points that every single fundraiser should know about and utilize in their strategy for donor retention:

The first set of data points revolves around the amount given in dollars annually by each of three household income levels:

The household income levels shown are under $50,000, $50,000 – $99,999 and over $100,000. The study outlines both the average and median giving. Please bear in mind the average can be buoyed upward by extremely large gifts. During our presentations we focus in on the median levels to show just how few dollars there are up for grabs by the over 1.4 million registered charities in the United States.

Notice that the median total amount gifted is $540, $1,000 and $1,850 for the three respective groupings. When any charity analyzes their database to see just how many donors are being retained year after year and multiply that number times some portion of the household giving level can you realize the potential “Lifetime Value” of each household.

This provides a vivid introduction into just how important it is to have a strategy to retain those donors from one year until the next. Only by improving your organization’s donor retention strategy can you obtain your fair share and higher of the household dollars being granted to charitable giving as well as being in position to garner larger gifts and legacy gifts. (Those larger gifts and legacy gifts are most often made after consecutive years of giving to your charity…)

The second set of data points hones in on the number of charities supported annually:

However, in each income bracket, one of the supported orgs is usually a church (that they attend), and another is most likely a school (that they attended, that their children/grandchildren attend).

The actual number of charities supported annually truly surprises most fundraisers. My guess is that it would horrify most nonprofit board members if they were made aware!

Yes, the number of charities supported annually on the average in the United States is not what anyone of us deeply involved in the nonprofit sector would like to see. With the average donor retention rate being below 50%, in fact closer to 40% in our country we can see just how special year after year donors are!

Digging into the caveats mentioned above provides even more alarming insights. Of the charities supported annually by the various household giving levels, one is usually either their church or some other religious organization, and another is often either their school of some nature. The latter would include a member of the household’s high school or college and/or their children or grandchildren’s schools.

Once those caveats are taken into consideration you can easily see the number of annual giving slots decreases dramatically to either 1 or just 2 or maybe 3 slots for the households above $100,000! (There are often actual gasps when professional fundraisers attending our presentations see this information for the first time.)

Hopefully, the insights and data above provide the impetus for taking a deep dive into your organization’s donor retention strategies. This dive should include evaluating and comparing your donor acknowledgement processes and your donor stewardship processes. As we have outlined in numerous previous blog posts just moving your overall donor retention level up 10% can increase the lifetime value of your donor base by 100% to 150% or more.

Based upon proper strategies for donor stewardship and retention you can win at the game of “musical chairs” being played by all of the charities in our country vying for those extremely valuable year after year annual donors.

Chief Relationship Officer at Bloomerang
A 30+ veteran of the nonprofit software industry, Jay Love co-founded Bloomerang in 2012. He currently serves on the board of the Center on Philanthropy at Indiana University and is the past AFP Ethics Committee Chairman. 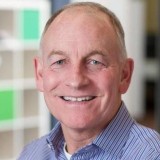 A 30+ veteran of the nonprofit software industry, Jay Love co-founded Bloomerang in 2012. He currently serves on the board of the Center on Philanthropy at Indiana University and is the past AFP Ethics Committee Chairman.

Tremendous insights Jay, thank you very much for providing this data. I’ve been telling people that fundraising is a highly competitive business, I now have the data to back up that comment.

Thanks so much Sophie for the kind words. Yes, it is truly competitive to the highest degree for long term recurring donors….

Vivid illustration of how critical it is to retain our best donors – thank you, Jay! It is easy to spend chunks of our budget attracting new donors forgetting that we can spend less and do more by thoughtfully and ambitiously stewarding donors who have supported us generously for years. Bravo!

Your comments are deeply appreciated Nancy. I have often said the percentage of budget being spent on various projects always spells out what is important and what is not…